Help this TTRPG reach its goal

Against the Fall of Night

Against the Fall of Night (AFN) is a TTRPG about fighting against the coming darkness.  The Night will fall.  You can't stop it.  That the fight is impossible makes it no less important.  You can't stop the Night, but by bringing together and protecting as much as you can, you can keep the world together long enough to see the Dawn.

In the world of AFN, Night does not refer merely to what happens when the sun goes down.  Night is an existential force, the terror that lies beyond, the darkness from without, a force and a place that is not of our world, but that wants very badly to make our world like it.  Every day when the world shelters your view from the sun, that's not Night.  That's just an ordinary night.  Night is a longer cycle, when darkness creeps out from the places between shadows.  When silence rings out, clear as a bell.  When every mistake you have made, every fear you have, every dream you have been denied, rushes into your thoughts with crystal clarity.  These things are the first stirrings of a true Night.  Night is a slow corruption of the normal, a destruction of safety, a denial of predictability.  When you hear a strange noise at 3 am, it could be anything.  In the clear light of day, that was obviously just the house settling.  At 3 am, it could have been an intruder or a monster or an extradimensional rift.  These impressions are the leakage of true Night into any ordinary night.  In an ordinary night, it is a passing fear, pushed away and laughed at nervously later.  In true Night; who can say what fear might reveal, or what might pass through the darkness?

Night has fallen before, and it will fall again.  Every time, the Dawn has come, its clear light banishing the Night.  By default, an AFN campaign is set at Nightfall, when the Night is just beginning.  Will your heroes be able to defend the world against the encroaching Night, and protect it long enough for Dawn to end this cursed Night?  Will Night find a way to banish the light of hope, and prevent the Dawn from ever arriving?

Night falls, but heroes rise.  In AFN, you play those heroes.  With unique yet intuitive mechanical innovations, AFN keeps combat fresh and interesting without bogging itself down in the details.  Powered by the Nightfall Engine, AFN aims to make sure that every choice offered to a player is an interesting choice; we don't believe that you need to waste your time making obvious choices or false choices.  Resolution is quick and easy, using a system of Tests and Checks; Tests are rolled on a d20 and always have a fixed target number (10), while Checks are rolled on 2d6 and have varied TN by difficulty.  In combat, characters spend Attack Points, Defense Points, and Magic Points to use combat techniques and cast spells, allowing all characters to make interesting choices with every action they take; but make sure you don't leave yourself open, as an attack that catches you off guard can cause serious harm to even an experienced hero.

In addition to the playtest document, a short introductory adventure is included, Heroes Rise.  The heroes have found a village that has become a Nightmare.  They must find the Anchor and defeat it to cleanse the Nightmare.

This is a playtest document.  The current version is Playtest 0.1.  Playtest 0.1 contains a full and complete core game system, along with multiple classes fully playable from level 1-6.  (The level cap in AFN is 6.)

A selection of feats, spells, rituals, combat techniques, monsters, and magic items are included.  Further expansion of these elements are planned.

Hints at what a setting region might be like are included.  Expansion of the setting is planned.

One complete random generation table for Nightmare elements is included.  Further expansions of these tables is planned.

There is no art included, and no editing, layout, or sensitivity reading has been performed on the playtest document.  It is basically just text.

In order to download this TTRPG you must purchase it at or above the minimum price of $2.49 USD. You will get access to the following files:

Support this TTRPG at or above a special price point to receive something exclusive.

If you would like to check out the Against the Fall of Night Playtest, but can't or don't want to pay for it, feel free to grab a community copy!  They are here for everyone who wants or needs one. 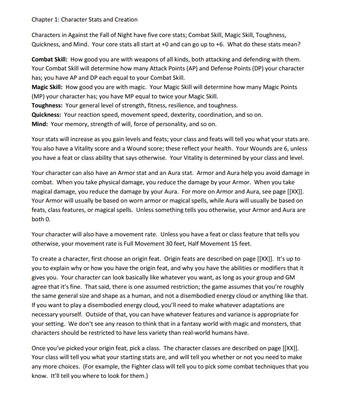 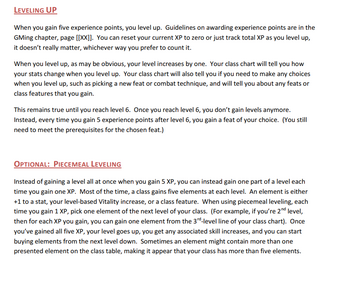 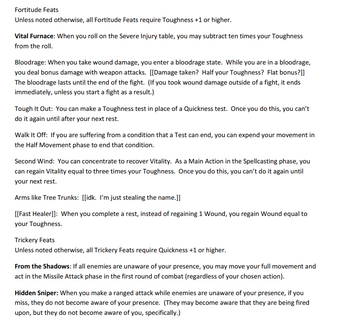 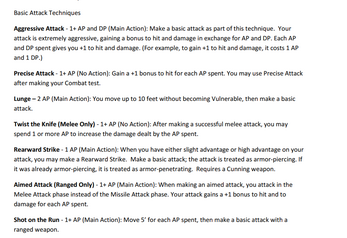 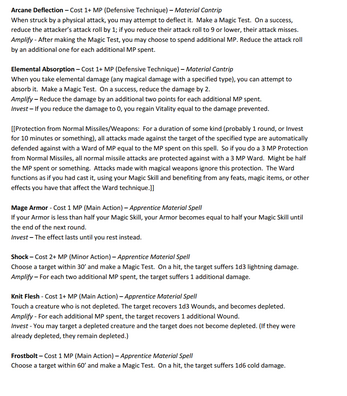